A few days ago my daughter proudly came back from school stating how she did a spelling test that was meant for Year 6s (she is a Year 5) and got 24/24. The very best the other pupils (Years 5 and 6) got was 9/24. My daughter practices her English at school, like everyone else, and at home, with ME. 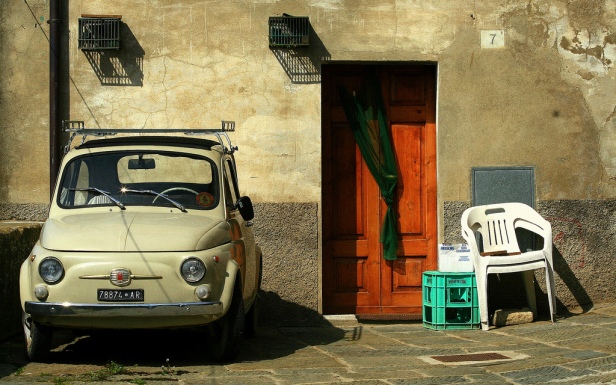 I used to be proud of hearing that: having learnt Italian when I was 12, at an Italo-American school in Caracas, Venezuela, and having perfected it enough during my teens to want to start a club to promote properly spoken Italian at my Italian University, I was very proud of my achievement of being able to call myself a native Italian speaker.

When we look at what linguists use to define being native in a language, you will hear a general tendency towards saying that “nobody is truly bilingual”.

Some, bigger and more important agencies, are a little more enlightened. The snippet below came to me after my own enquiry, in reference to a spoken language task. I had to ask because from my professional point of view, what they were actually seeking mattered. Were they seeking for their engine to recognise, say, a tight Yorkshire accent? In that case, I couldn’t help them. Were they seeking a NATURAL English speaker? Well, that would be me!

We are going to have Italian, English GB and English New Zealand projects. Native accent in some of these projects might be very important.

I suggest you to register for the language(s) you are native speakers of.

Where have you studied? Elementary school, high school, university?

From birth (my family went from Australia,  where they lived, to Rome where I was born, then moved back to New Zealand with me as an infant) to secondary school I was in New Zealand, so English was the first language I spoke. I pick up that accent whenever I am surrounded by kiwis or my sister. I didn’t speak any Italian.

I learnt Italian at school in South America, so I had an accentless Italian when I moved to Italy, at age 12, but my preferred spoken language at that point had become South American Spanish.

My English lost its NZ accent and gained an American one when I moved to the Philippines, at age 15, where I studied as a teenager. Then I returned to Italy and gained a slightly northern Italian accent as I lived in the north of Italy.

The school I attended in Italy after that was a British school in Milan, and I studied for my A Levels (Italian, English and French) in English. I went to an Italian University for 1 year studying English, Spanish and Italian, and then moved to London for 5 years and completed a degree there, in English and Spanish, and acquired a slight London accent.

After that I moved between Spain and Italy and finally landed in England in 2006, where I’ve been living since.

So, my accent in any language varies depending on who I’ve been speaking to recently and even what I’m reading or watching.

That is why I brought it up when it comes to spoken language jobs.

Lately, as we’ve decided to move Italy, I’ve been noticing a warmer Mediterranean accent I don’t believe I ever had, I believe it reflects the desire to go to Italy.

When I speak Spanish, I also acquire a Spanish or Latin American cadence depending on whom I’m speaking to.

So, there you go, it’s complicated, but as far as I’m concerned, my speech is natural in all three! All three of my children were brought up with me speaking English to them, because that is what felt most natural. My Italian, however, is also perfect, though also varying in accent.

So, what do you make of me?

My daughter, born in Leeds, raised in England, never thinking herself different from her classmates in any way, after the Brexit referendum became “Italian”. Which is funny, as she never lived there, and we speak English to her, not Italian. She has no idea of what it’s like to live in Italy, or even how Italians are, as we are not really your typical Italians. We may, out of preference, tell her occasionally that such and such a habit or behaviour (colour matching and dress sense, for instance) is more Italian than English, but that is that. Now, however, she is “Italian”. She has an Italian passport. An Italian name. And yet, she trumps all her classmates (except for one, who is nearly as good as her in English, a “Turkish” girl in her exact situation) in English spelling, reading and writing.

So, what do you make of her?

When it comes to speaking, depending on what you need that speech for, a native Derbyshire accent might be better than my variable, nuanced and sometimes way too “posh” or “Dutch” (a favourite) or Mediterranean accent. When it comes to writing, my English is better and more correct than most newspaper articles I read.

So, as a humble translator, I ask you to consider very seriously before your agency assures you their translators are “native” speakers. What you want, is an ability to read, write and think naturally in that language, combined with experience and studies to consolidate that knowledge. ONLY being native (unless you want your iphone app to understand a pronunciation of bus or plate that most would not understand) may well be useless, if not counterproductive, a lot of the time.

Incidentally, should you want to comprehend what a lack of borders feels like, please refer to yesterday’s post.

2 thoughts on “Translation and being a “native” speaker”

This site uses Akismet to reduce spam. Learn how your comment data is processed.